The Audemars Piguet QEII Cup is the jewel among Hong Kong’s three spring features, with a purse of HK$24 million in 2018, a HK$4 million increase from the previous year.

The race was first run on the Happy Valley sand track over 1575m in 1975 and had many different guises and forms until it was opened up to international competition as a 2200m turf contest at Sha Tin in 1995. In 1997 it switched to the 2000m distance familiar today.

Overseas raiders won the first three editions, Red Bishop being the pathfinder in 1995, followed by Overbury (1996) and London News (1997). The locals struck back with Oriental Express in 1998. Over the last two decades, successes have been fairly evenly matched between locals and visitors, with 11 Hong Kong wins to nine for the raiders, including Neorealism for Japan in 2017.

Recently, it has been a stepping stone to Horse of the Year glory, with four of the last five local winners of the race taking Hong Kong racing’s top honour that season – Ambitious Dragon (2011), Military Attack (2013), Designs On Rome (2014) and Werther (2016). 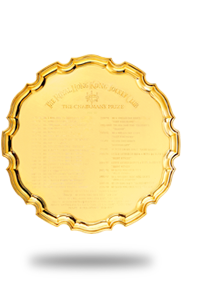