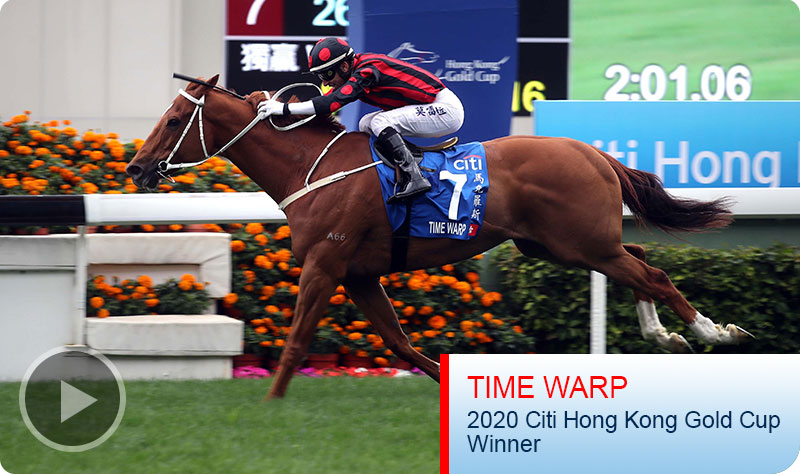 The Citi Hong Kong Gold Cup was first run at Sha Tin in January, 1979, with the inaugural version won by the Allan Chan-trained Observatory, under a fine ride by the legendary jockey Pat Eddery. This premier contest was granted HKG1 status in 1991/92. The distance changed to 2000m in the 1992/93 season when it became the second leg of the newly-established Hong Kong Triple Crown, between the Stewards’ Cup (1600m) and Champions & Chater Cup (2400m).

River Verdon rattled off a hat-trick of Gold Cup wins between 1992 and 1994, a feat unmatched by any horse to date. His 1993 triumph was the middle leg of a famous Triple Crown triumph, the first and only in Hong Kong racing history.

A host of Hong Kong racing’s equine greats have carried off this race and the contest became an international Group 1 race, worth HK$10 million, in the 2014/15 season. Apart from River Verdon, the victory roll features standouts such as Indigenous, Bullish Luck, Vengeance Of Rain, Viva Pataca, Ambitious Dragon, Military Attack, Designs On Rome, Werther and Time Warp. Time Warp became the first horse to finish the Sha Tin 2000m in under two minutes in the 2018 renewal, while Exultant brought Tony Cruz an eighth Gold Cup victory (twice as a jockey and sixth as a trainer) in this race last year.

Click here for more details and offers from the sponsor Citibank.